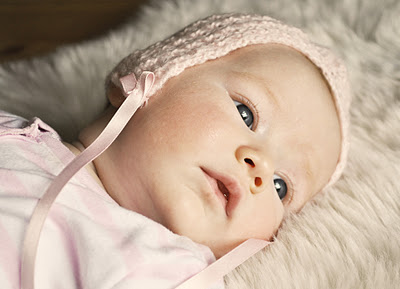 Yes, as in plural, though no, I’m not expecting twins.

There’s the literal ‘bump’ in my belly and then there’s that unforeseen ‘bump’ in the road.

Over the past few days I’ve learned a few things; babies truly ARE unpredictable (even when they’re still in the womb) and hospital food’s not all that bad (if you’re really, really hungry).

Thirty weeks into a complication-free pregnancy the last thing I expected to hear at 4.30am on a Sunday morning in the emergency department was; “Nothing to eat or drink in case we need to go to theatre and get baby out”.

What the? Back up a second. I haven’t even finished the nursery yet, let alone blogged about it (okay, so at the time that may not have been foremost in my mind though it did perhaps register a fleeting blip :-)

Well, fortunately he/she didn’t need to come out and is still snug in my belly though the incident has thrown a reasonably big, fat spanner in the works.

At this stage I’m in lock-down on my hospital bed until bub is born – probably via early cesarean hopefully no sooner than 36 weeks gestation (though that may be out of our control).

Apparently being young, fit and healthy is no defense against placenta previa and with none of the risk factors I’ve been told I’m just plain unlucky – well, good on me!

I’m sure many women who have been through labor might think me crazy though I was cautiously enthusiastic about experiencing something so weird-wonderful and the prospect of a cesarean was initially pretty devastating for me. Whilst I’ve managed to come to terms with that aspect of things it’s now the potential of facing weeks ‘alone’ in hospital which feels most daunting. I’m quietly yearning for the constant companionship of my husband Luke more than ever – I never thought the gentle droning of his occasional midnight snores would seem so precious.

At this point it’d probably be easy to whinge and sulk and cry “why me?” though the fact is there’s nothing to be done. A few lonely weeks away from home seems a reasonable ransom for the eventual safe arrival of a healthy new baby and I’m certainly under no illusions that, whilst things could be better, they could also be much, much worse.

At least by the time I’m outta here I should have lovely nails free of paint residue and a still intact vagina.

I decided to write this post, not in search of sympathy, though because I believe my readers deserve an honest explanation for my absence over the next few weeks – and because so far you’ve all been on this journey with me. Perhaps some people who can relate may even find comfort in reading this post.

Baby will be going into a bassinet beside our bed for the first little while so somewhere between sleeping, feeding and cleaning up poop I’ll still find time to finish the nursery as planned.

In the meantime I’ll try to chime in with occasional posts where possible though short of redecorating maternity wing 5B (I’ve already straightened all the pictures on the walls and neatened the stacked boxes of latex gloves – yes, I’m serious) there might not be a whole heap of projects to blog about.

Please wait for me.