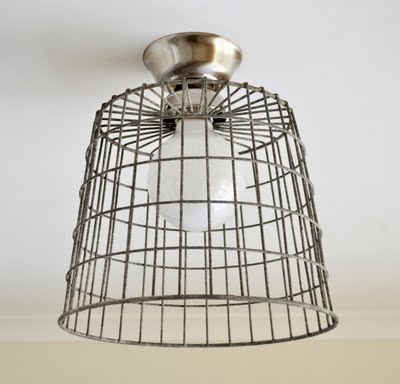 I know repurposed light shades aren’t exactly a new idea though I did kinda just make this one up as I went along.

I really wanted a hanging pendant in the nursery though the ceiling is just too low so I instead opted to transform a standard batten fix (flush mount) light.

I started with this cool old zinc basket. 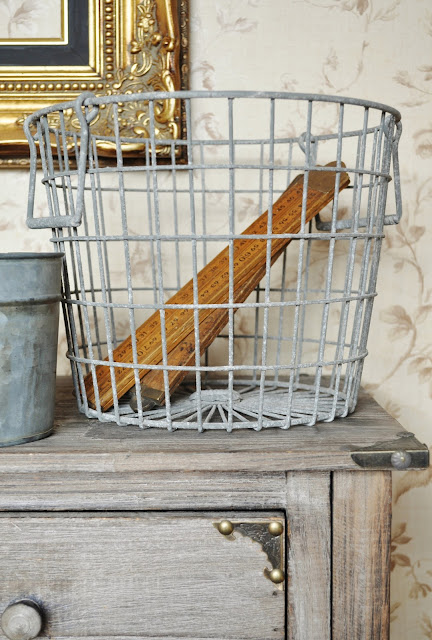 And this $7 DIY batten fix light from the hardware store. 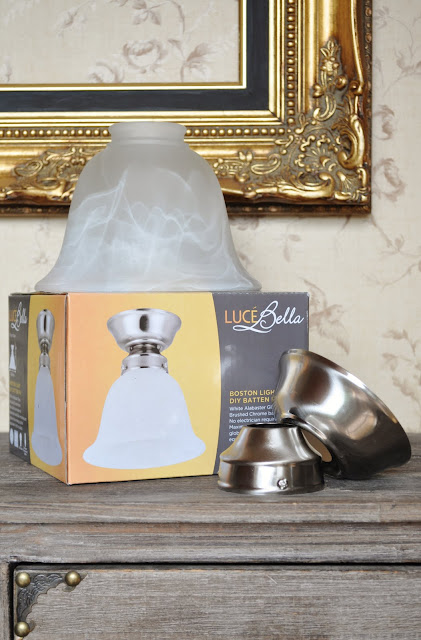 Of course, you don’t actually need a complete fixture if you’re planning to use your own shade so if you can buy the canopy section alone (that’s the two-part brushed nickel bit as shown above) then go for it, though here down-under stuff like that can be kinda elusive so for $7 I wasn’t too fussed purchasing the entire light.

Using bolt cutters I created an hour-hole in the base of the basket just large enough for the neck of my standard ceiling batten holder to fit through. 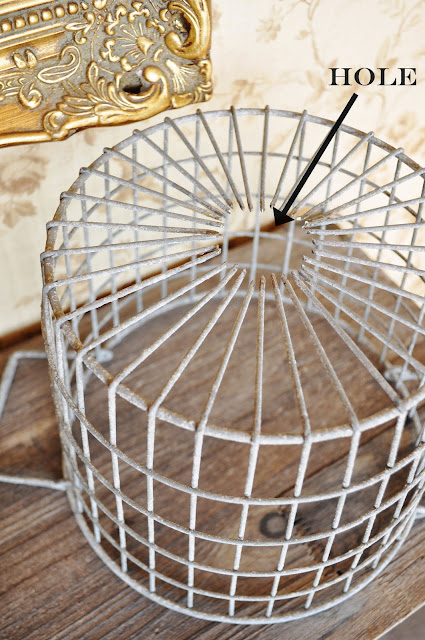 So, what’s an ‘hour-hole’ you ask? Oh, well that’s just when it takes you an hour to cut a hole you thought would take five minutes.

Anyhoo, I then centered the lower part of the brushed nickel canopy from my DIY light fixture over the hour-hole in the basket and attached it by wrapping and tightly tying clear fishing line around a few of the basket spokes and the three screws in the canopy so they sat flushly together.

Next I simply attached my new light to the ceiling as per any normal batten fix light.

Now, at the risk of sounding condescending, just in case someone wants further clarity regarding attaching it to the ceiling, the steps are….

To finish I decided to use a larger than usual decorative globe.

Oh, and I also removed the basket handles once I decided they looked just a little too ‘wrong’ up there on the ceiling.

So, now instead of the original boring old make-do drum shade…. 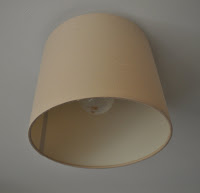 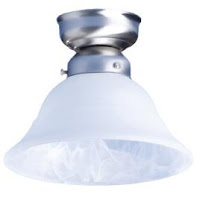 I have this unique industrial style ceiling light…. 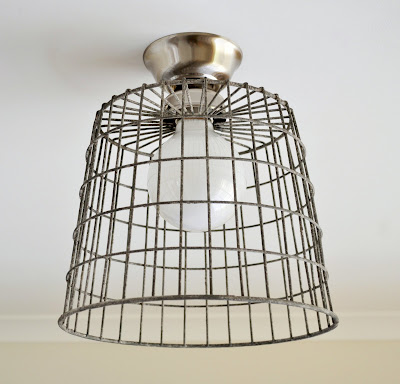 So, this is probably not your typical nursery sorta light fitting though I really, really wanted one – and I’m sure once the room is complete it’ll fit in just right (even though Luke mentioned more than once that it didn’t look very “loving” for a baby’s room).

Well, I’m sure we’ll make up for that elsewhere :-)