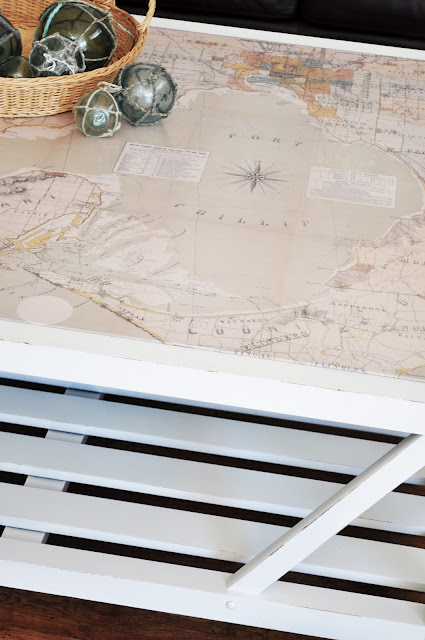 For the first time in a long time we were lucky enough to get away for a few days and spent last week at my parent’s beach house in St Leonards, which is on the Bellarine Peninsula along Australia’s south-eastern coast.

I’d been looking forward to heading down there for ages. Yeah, sure, for the salty scent in the air, barefoot walks on the sand, laid-back evening BBQ’s and the general un-necessity for usual household chores, though also because I wanted to finally finish off their living room coffee table so I could blog about it.

I picked up this large coffee table from eBay for just $10. 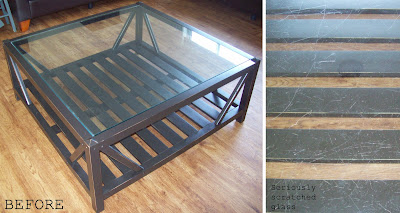 The reason I was able to buy it so cheaply was because the glass top was severely scratched, which to most people is probably a major deterrent, though to me (and I’m sure many other crafty bloggers out there) was an excuse to get creative!

Soon enough I had an idea, and if you’re not new here you may be familiar with some of my previous projects, including this cabinet…. 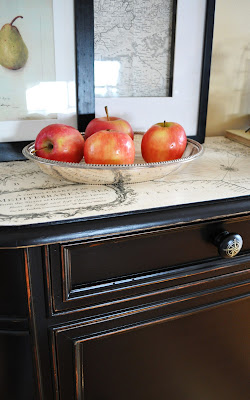 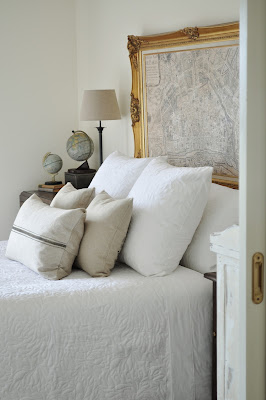 ….which both helped influence the direction I took with the coffee table.

To give the table extra interest and a personal touch, we (that’s Mum and I) decided on a map which incorporated St Leonards (the town their beach house is in). So, I searched the internet and eventually found an awesome zoomable historic yatching and excursions map of the area.

Using the same process I used to create my large map of Paris, I zoomed, copied and then pasted (into Photoshop) portions of the digital map to eventually create one large image big enough to fit the existing glass table top. This process can take some time (fiddling with size, colour, cropping, etc) until it’s just right. I then took it to my local printer and had it printed on medium weight paper. It cost around $35 (for a full colour print at over one meter square in size – not too bad). 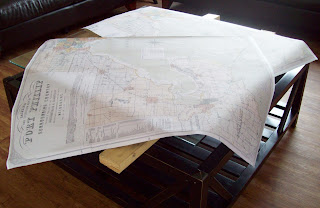 The map had to be printed in two parts because it was too large for one sheet of paper.

Then, using the same process I used to affix the gift wrap to the top of my nautical cabinet, I attached the map of Port Phillip Bay to the coffee table glass. 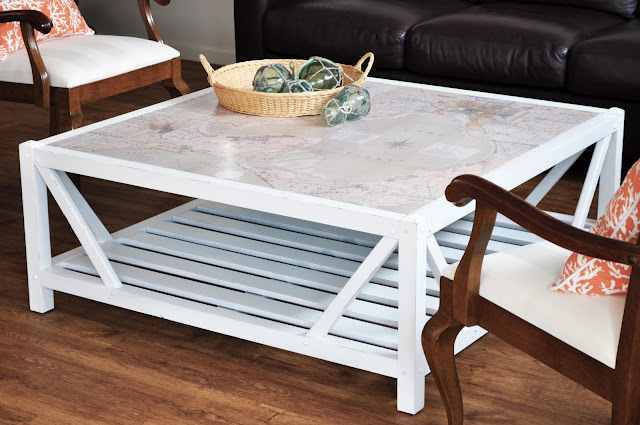 Dad repainted the timber base white which gives it a fresh, coastal feel though it would also look great colour-matched with one of the muted sea-greens or sepia tones in the map.

I lightly distressed the edges of the base with a sanding block to soften the starkness of the pure white. 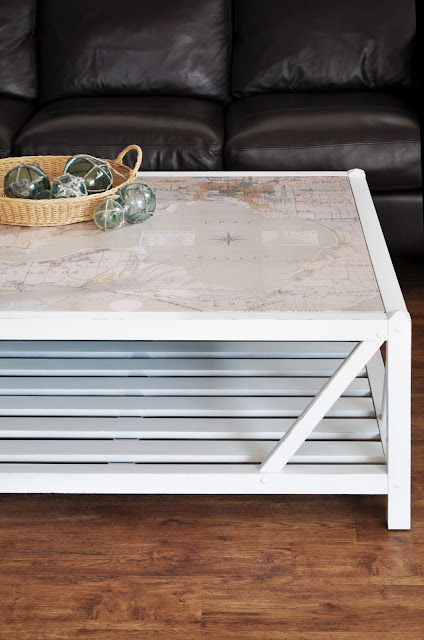 The map was treated with about eight coats of acrylic sealer so is really well protected and can be wiped clean with a damp cloth just like any surface. The digital map I used is scanned from an original so shows signs of wear (such as fold lines and tears) which I personally really love.

And look, here’s St Leonards (on the Bay) – the town my parent’s beach house is in! 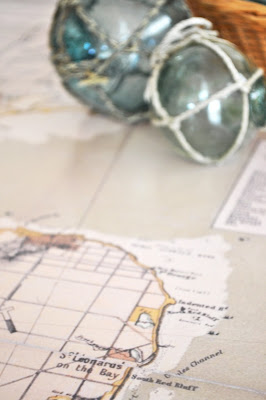 It’s really wonderful to have this map, not only for its aesthetic appeal, though also for its connection of place which makes it extra interesting and somewhat special. 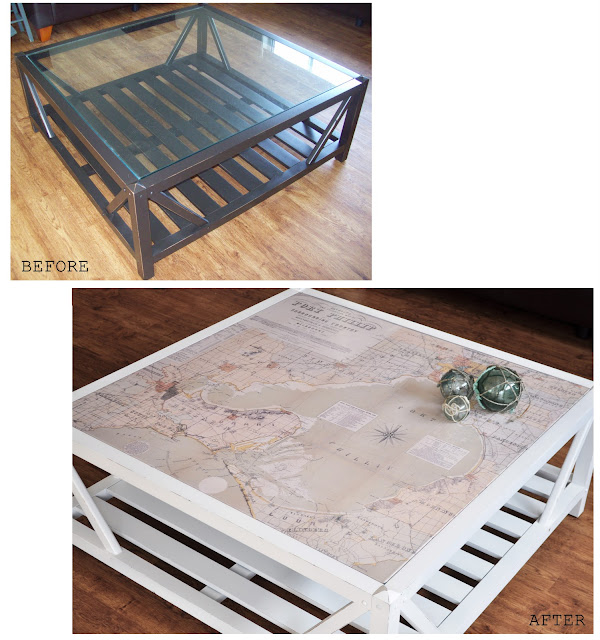 Leave a Reply to A Vintage Vine Cancel reply