Creating a Fourth Bedroom at the Flip House 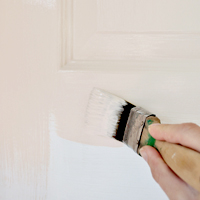 I touched briefly on this project a few posts back however thought it deserved a bit more of the limelight.

As many of you will know, the flip house originally had three bedrooms and one study. The study couldn’t be classified as a bedroom because it was an “open” room with no dedicated door. 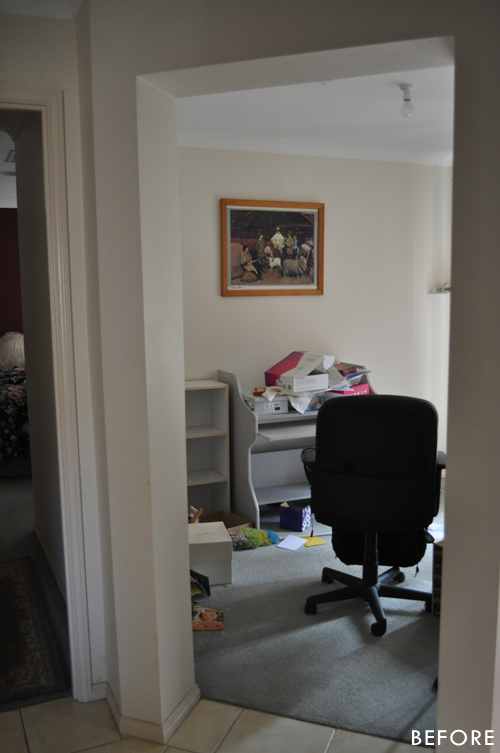 Of course, being able to market a property as having four bedrooms, instead of just three, can be hugely beneficial so it made sense to look into adding a door.

Luckily, there was already a standard sized doorway which made things relatively straight forward. It just needed to be framed out.

This is a do-able DIY though for someone, like me, who has never done it before it could prove a bit time-consuming (and potentially complicated!). So, given I was already time-poor, I decided it was worth getting a builder on board.

The total cost was $585. This included around $200 for materials and about 5 hours for labour. 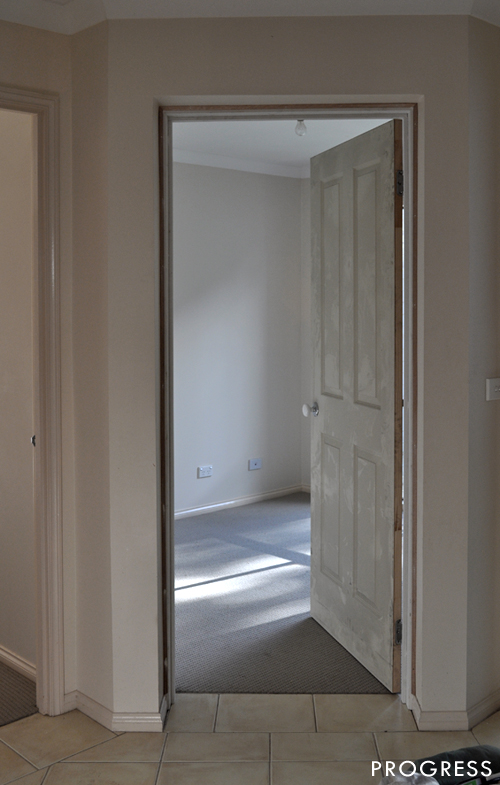 As per our agreement, the builder left things unfinished so it was up to me to fill, sand, clean and paint.

Of course, I needed to match the paint to the colour of the existing trim and doors so I took an off-cut from the skirting (which the builder had to remove in order to install the new frame) to a Dulux Trade Centre where they were able to colour match it.

Given the existing trim and doors were quite shiny, I went with Dulux Aquanamel in Gloss. I love this hard-wearing paint and use it often. 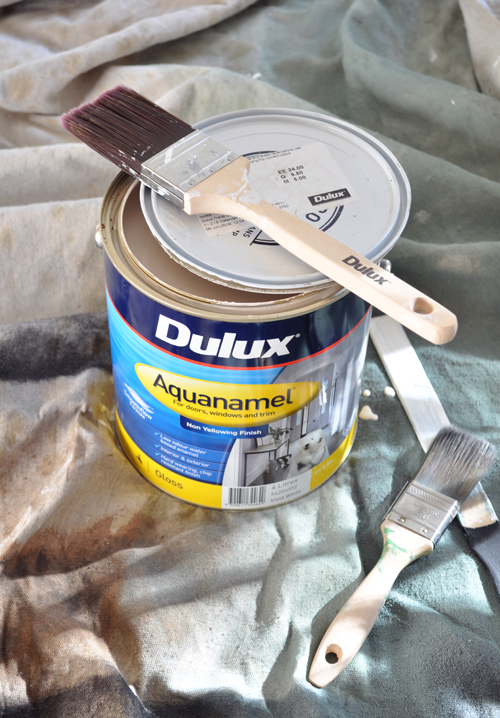 Once I’d patched any small gaps and nail holes, I waited for the filler to dry before sanding it back then giving everything a good clean.

Although most of the new frame and door were pre-primed there was some raw pine moulding so I decided to give everything a coat of primer. I used Dulux 1 Step Prep. 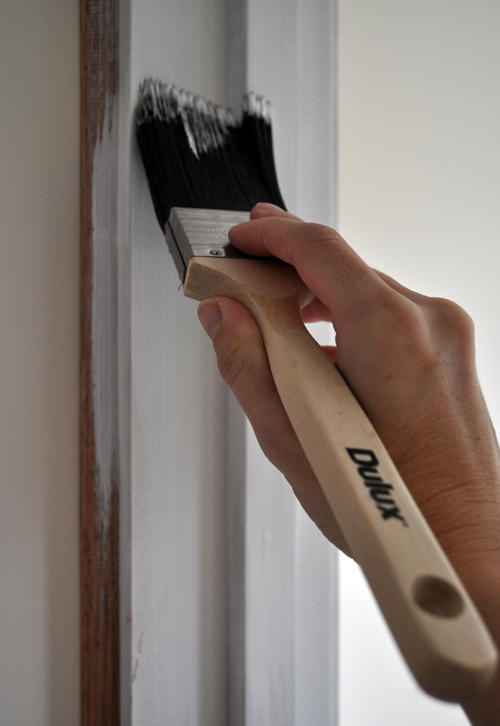 When it was dry I applied two top coats of the Dulux Aquanamel in my custom tinted colour. 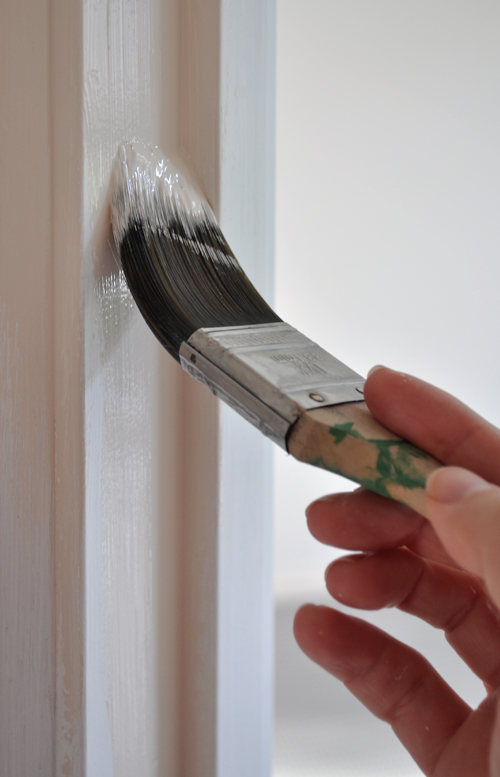 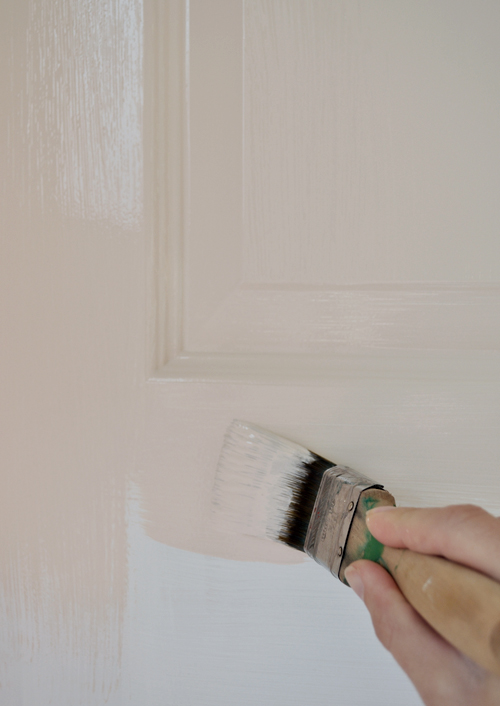 I know creamy-peach isn’t the most ideal shade though it’s neutral enough and I had to work with what we already had.

I just used a brush for everything though you can also roll the flat areas. I decided to remove the door for ease however I have painted doors in-situ lots of times. 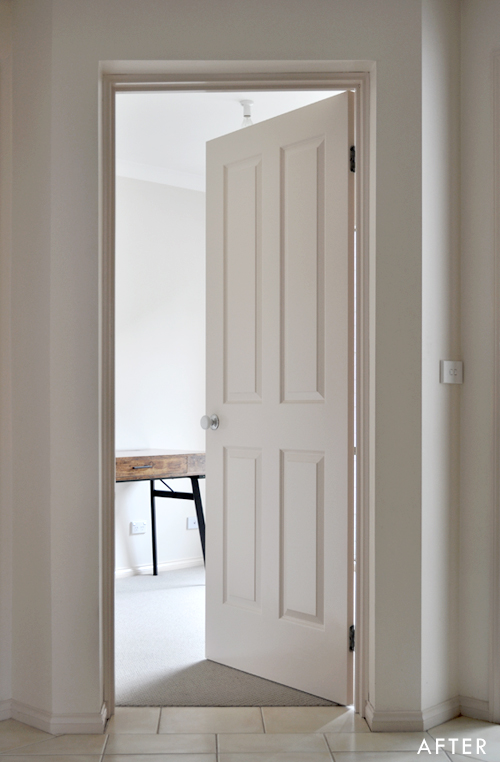 So, now the residence can be advertised as a four bedroom house! The $585 price tag and small amount of work was probably worth it, wouldn’t you say?

In other flip house news, things are really getting close now! Sorry I haven’t been able to engage with you all as much as I normally would. I’ve just been spending almost every waking moment trying to get this beast complete! I’ll be sure to find some time to respond to all of your comments, questions, messages and emails as soon as I can.

And shortly I’ll be back to share some more of my furniture finds and a few DIY projects.

Can’t wait to cross that finish line! Thanks so much for hanging in there with me.

Find all of the previous flip house posts HERE.